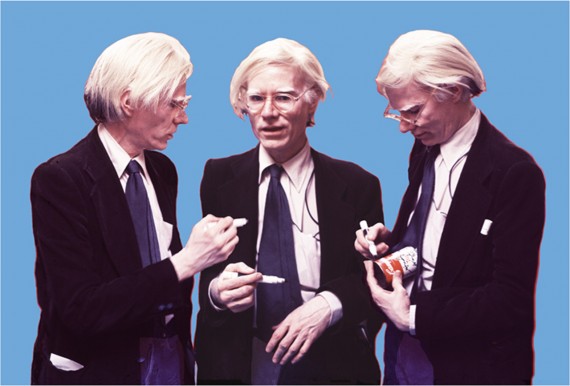 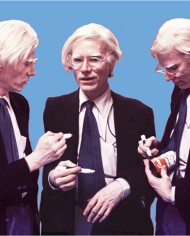 This iconic image of the grand master of POP art signed anything put before him. He stands ready for more and of course signs his classic Campbell’s Soup Can.

Number one of the edition was acquired by the Getty Museum a couple of years back. I originally had done this as a drawing then a painting and then a silk screen print and then finally back to a photograph. The background color changed from blue to red when it returned to it’s original state as a photograph.

Stephen Verona’s paintings and photographs are in important collections and museums throughout the world. In 2008, the Getty Museum acquired his photography for their permanent collection. He has won over 100 awards for his work. In 2009, he was invited to join an exclusive group of artists from around the world for an audience with His Holiness Pope Benedict XVI in the Sistine Chapel at the Vatican for His address to artists; This was the first time a Pope has hosted artists in the Sistine Chapel since the Renaissance.