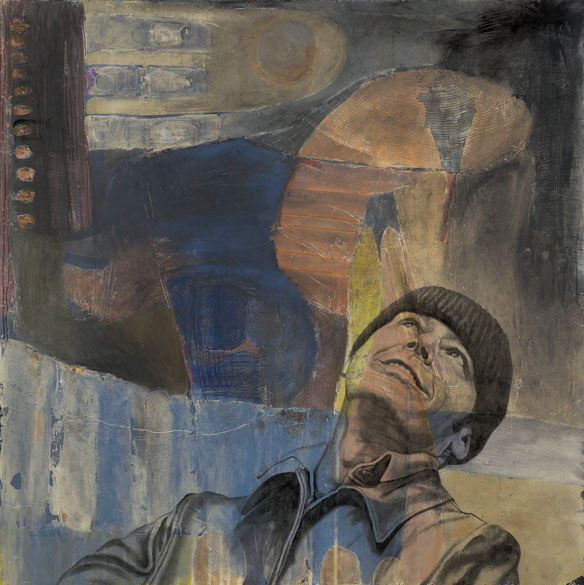 Stanley Silver has always been a natural artist with a talent for painting a variety of subject matter. Growing up in Los Angeles – surrounded by Hollywood stars and champion athletes, Silver developed an intense interest in capturing life through his art. Silver captures the essence of his subjects’ personalities in each painting he creates and his mastery of the canvas enables him to paint his subject matter with raw emotion and accuracy.

Silver’s artwork spotlights the impact of sport and celebrity on our culture. With his realistic technique, Silver illustrates, in a way few artists can, the intensity of the colorful personalities he paints, as well as the raw emotion of the personalities as they actively pursue their passions whether on the big screen or on the athletic field. He creates a dramatic and timeless feel in all of his work.

Silver earned his Bachelor of Fine Arts at the University of Arizona in 1991, and continued his education at the Art Center in Pasadena. A master of the unforgiving medium of watercolor, as well as a highly developed oil painter, Silver uses both mediums to create a dramatic and timeless feel in all of his work. His art has been shown at some of the most prominent galleries and museums in the United States. His work has also been named the “official art” for many of sports most prestigious events including the World Series, NHL All-Star Game, and New York Marathon.

Several of Silver’s pieces have been featured on the hit TV show, Entourage