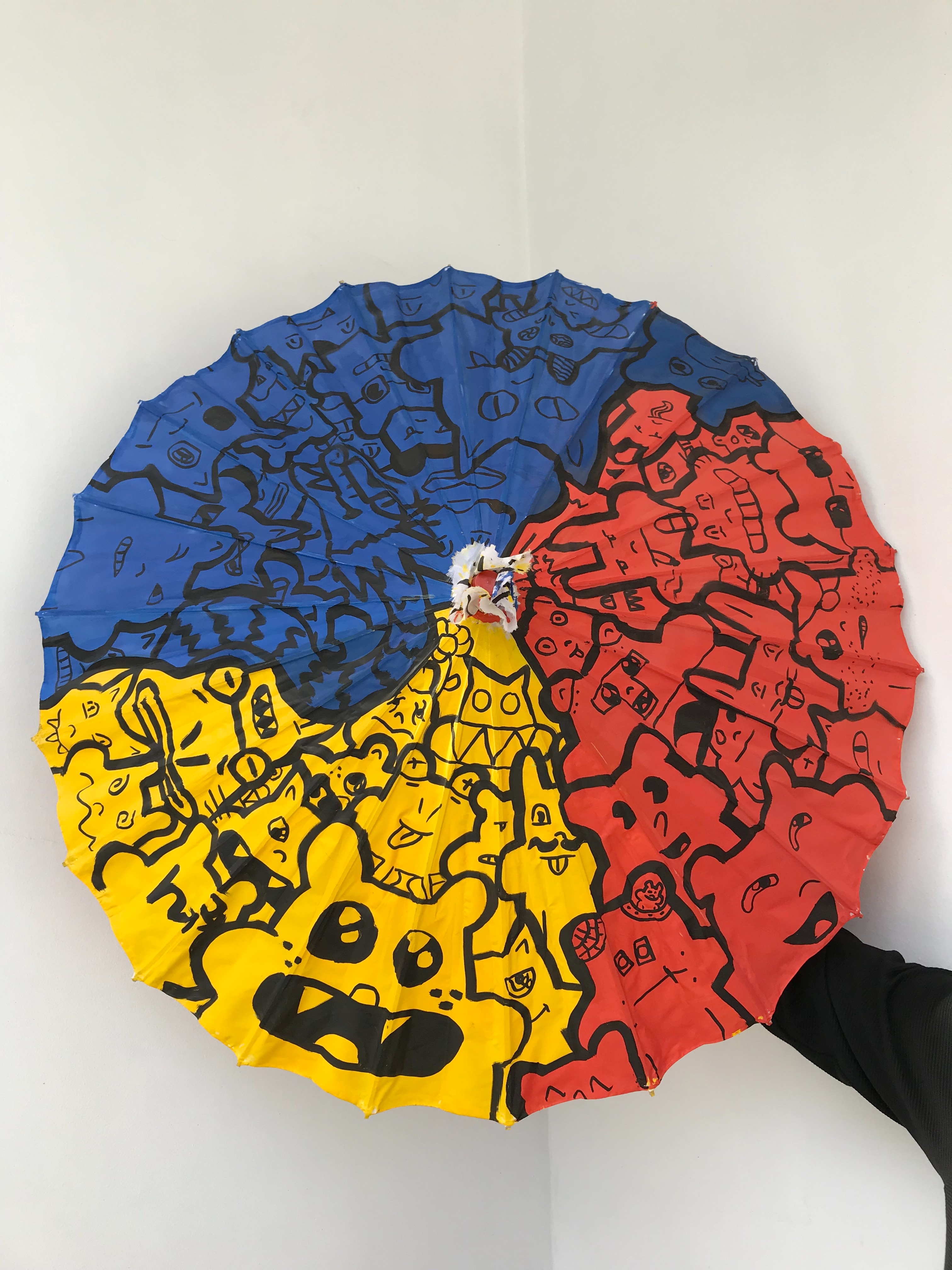 N² (born Noah Marti, 2000) is an emerging street artist in Los Angeles, California. Raised in a family of artists and musicians, he found himself surrounded from infancy by musical legends, as well as iconic photographers including Douglas Kirkland and Terry O’Neill. Traveling the world and visiting internationally acclaimed exhibitions and museums since the age of 5, studying the great Master of History and art, has led to a maturity in his early style far beyond his years.

N² uses street art to mirror his own exploration of the world as a modern day flâneur. The “Bear Hug” is a reflection of the personalities you can find on any street corner or major cities in the world. To self-discover by losing oneself in the labyrinth of global personalities is the study of the structure of society. “To lose is to find,” is an apothegm he lives by. As Baudelaire artfully wrote, “To be away from home and yet to feel oneself everywhere at home; to see the world, to be at the center of the world, and yet to remain hidden from the world—impartial natures which the tongue can but clumsily define. The spectator is a prince who everywhere rejoices in his incognito.”

The bright, predominately primary color choice as well as geometric elements found in his work can be likened to Piet Mondrian, while the lines of the teddy bear hint to Keith Haring. N² is an artist to collect and to watch burgeon. He is thought provoking while simultaneously maintaining a vernal perception as he tackles the act of self-actualization. Art collector’s flock to him in the same way society lauds youth, which can be attributed to a culmination of nostalgia and hope.