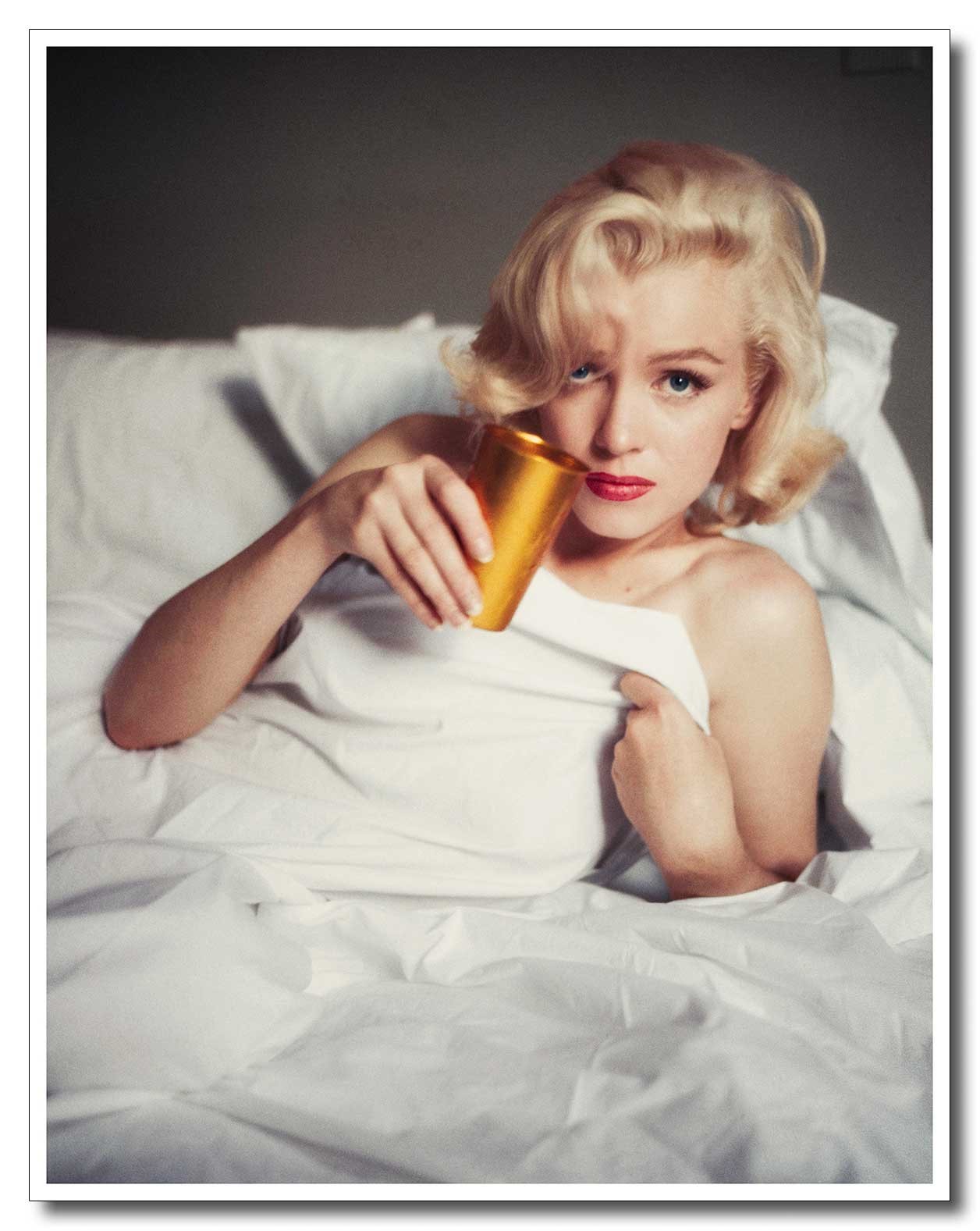 Greene’s work with Marilyn Monroe (whom he first met after shooting her for a layout for Look in 1953) changed the course of his career. The two struck up a friendship and, when Monroe left Los Angeles to study acting with Lee Strasberg in New York City, she stayed with Greene, his wife Amy and young son Joshua in Connecticut.Together with Greene, Monroe formed Marilyn Monroe Productions, a production company in an effort to gain control of her career. Greene would go on to produce Bus Stop(1956) and The Prince and the Showgirl (1957).

The two also collaborated on 55 photo sessions, some of which became well known, including “The Black Sitting”.

‘There are no vintage Milton Greene photographs. … He was a work-for-hire photographer’ shooting covers for Look, Life, Glamour, Harper’s Bazaar, Vogue and other magazines.

Like his contemporaries, Irving Penn and Richard Avedon, Greene is credited with elevating fashion photography to fine art. But unlike them, Greene did not commercialize his work. ‘Only a handful was published.’

Greene’s photograph for one such sitting in 1954 featuring Monroe in a ballet tutu was chosen by Time Life as one of the three most popular images of the 20th century.