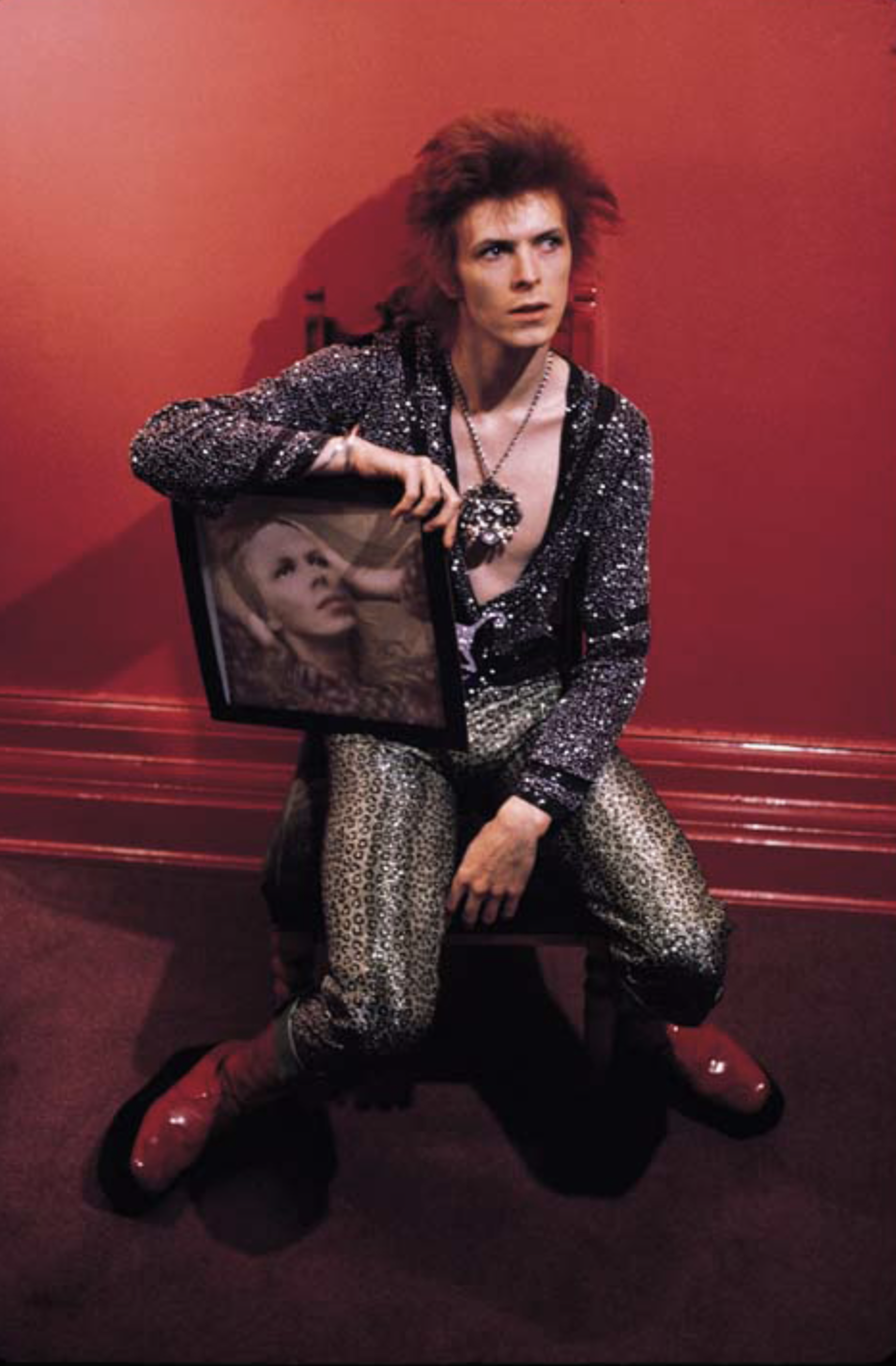 Rock was instrumental in creating many key rock ‘n’ roll images, such as album covers for Syd Barrett’s Madcap Laughs, Lou Reed’s Transformer and Coney Island Baby, Iggy and The Stooges’ Raw Power, Queen’s Queen II (recreated for their classic music video ‘Bohemian Rhapsody’) and Sheer Heart Attack, The Ramones End of the Century and Joan Jett’s I Love Rock ‘n’ Roll, among many others. He was the chief photographer on the films The Rocky Horror Picture Show, Hedwig and the Angry Inch and Shortbus. He recently shot special stills for the new TV version of Rocky Horror, featuring the transgender actress Laverne Cox as Frank n Furter. He also produced and directed the seminal music videos for Bowie:
‘John, I’m Only Dancing’, ‘Jean Genie’, ‘Space Oddity’, and ‘Life On Mars’.

He recently did a new edit of his classic ‘Life On Mars’ Bowie for Parlophone Records, which was released in November 2016 as part of the promotion for ‘Bowie-Legacy’, a collection of Bowie’s most beloved singles. It has been universally acclaimed. One writer for ‘Liner Notes’ called it “An incredible new video and it’s visually stunning.” Mick says “I had a little jewel and I wanted to polish it into a state where it was an absolutely perfect gem. Modern technology, which obviously we didn’t have when I made the original in 1973, helped. I believe I achieved my goal.”