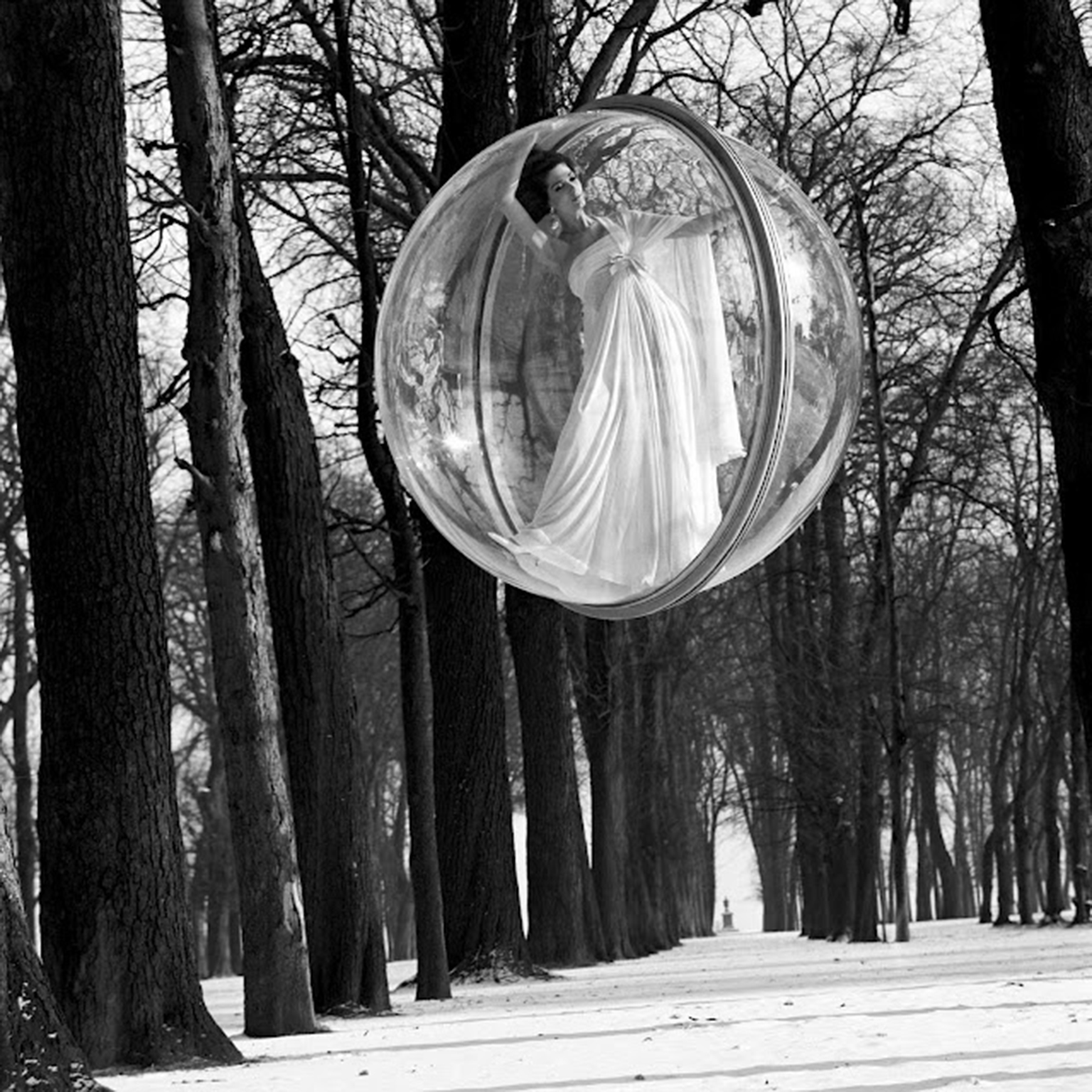 Melvin Sokolsky was born and raised in New York City where he started his distinguished career as a photographer. Self-trained in photography, Sokolsky was tapped by Bazaar art director Henry Wolf, for the plum assignment to shoot the 1963 Paris fashion collections. Dubbed “the kid” by Bazaar’s editors, Sokolsky had been recruited by the magazine, known for stretching artistic boundaries, at the precocious age of 21.

Sokolsky insisted that female beauty and the gesture of the model herself were just as important as the clothing she wore. At the time, this was a radical concept, and he pushed the idea to the limit in his groundbreaking 1963 “Bubble” series for Harper’s Bazaar, in which models donning elegant couture were suspended in a Plexiglass bubble over Paris.

In the 1960s Sokolsky worked as a major contributor to four prestigious magazines: Esquire, McCall’s Newsweek, and Show. His work is characterized by his sense of fantasy and invention. Surrealism is an influence in his plays with proportion and reality. Among the museums that have exhibited his work are The Museum of Modern Art and the Victoria & Albert Museum, where he was included in “Shots of Style”, a retrospective of the world’s major fashion photographers.

Sokolsky’s technical mastery didn’t end with the “Bubble” series. He designed a computerized zoom lens that director Francis Ford Coppola and cinematographer Gordon Willis used in the filming of The Godfather. In L.A., he became a highly successful director of television commercials, receiving countless Clio Awards over the years.

“If a picture transcends fashion, transcends the dress they’re wearing or how the person is posing, it becomes iconic in some way,” Sokolsky once said. “It makes you think about the world around you.” Spoken like a true icon.