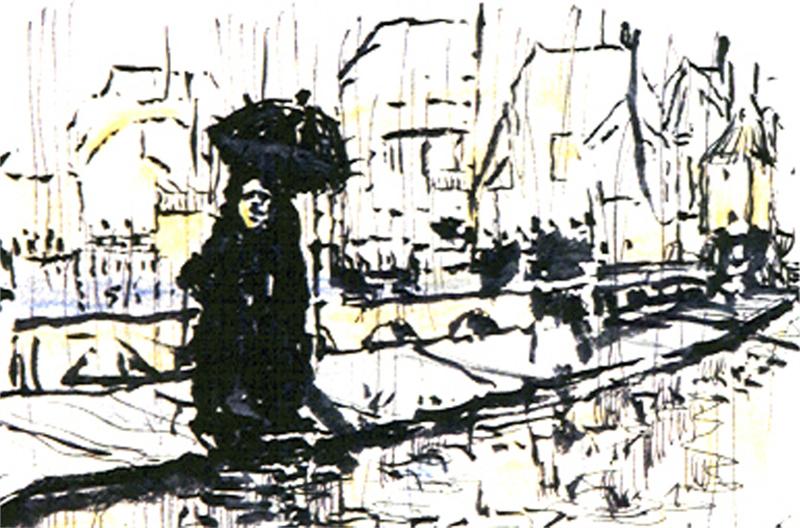 Jerome John “Jerry” Garcia was an American musician best known for his lead guitar work, singing and songwriting with the band the Grateful Dead, which came to prominence during the counterculture era. One of its founders, Garcia performed with the Grateful Dead for their entire thirty-year career (1965–1995). He also released several solo albums, and contributed to a number of albums by other artists over the years as a session musician. He was well known by many for his distinctive guitar playing and was ranked 13th in Rolling Stone’s “100 Greatest Guitarists of All Time” cover story.

Jerry has always thought of himself as an artist who played music. From early childhood he enjoyed making comics and sketches, and he went on to attend San Francisco Art institute.
However, not long after that the Warlocks evolved into the Grateful Dead and the rest is history. Jerry constantly performed, but he never stopped drawing and painting. He was very prolific and produced over two thousand original works in his lifetime. He painted strictly for his own pleasure and amusement. Jerry never retraced his steps or corrected a stroke, he held the same attitude towards his art the way he did towards his music. To him, “a line on paper is like a note in the air; it’s out there and you can’t take it back”.