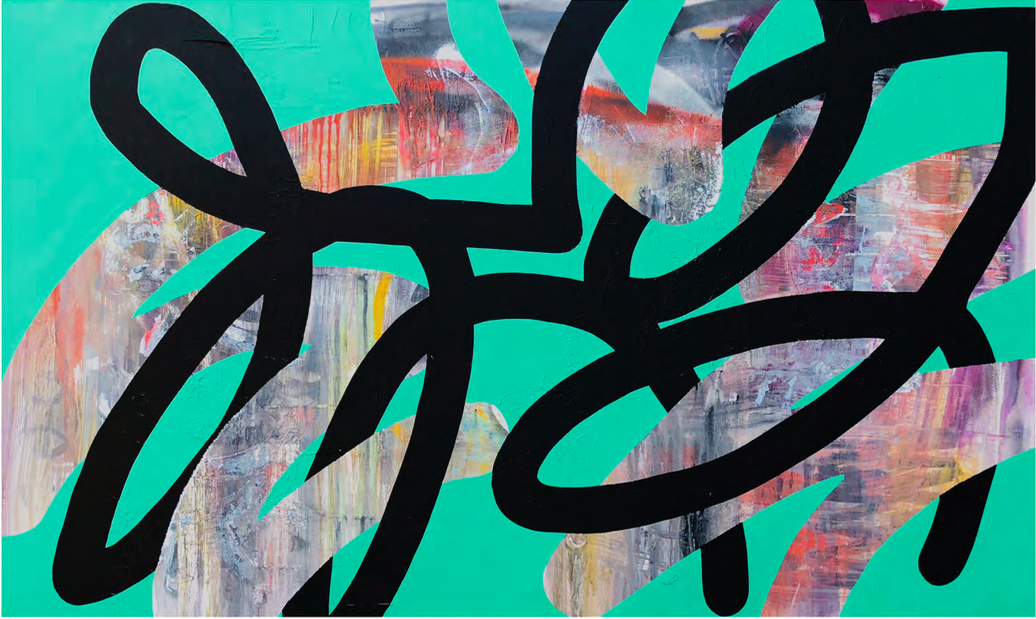 Alic Daniel began his artistic pursuit at a young age while making paintings with his father, though he looked at art as a chore rather than a career. Through learning tradition techniques of art making he realized that the simplicity of stroke allowed him to express his mark-making in the most honest way. His “scribbles” are like a dance, freezing in time the emotion and movement of the brush. The compositions question the idea of legibility. This mediative technique allows familiar shapes and forms to be present throughout the work. Daniel’s work is a response to pop-art and the exchange of information in contemporary life.

Alic Daniel was born in Dayton, Ohio. He started his career in Nashville Tennessee, but now resides in Los Angeles California.