The last work produced for the Mouche Gallery exhibition Raw, was actually the first work for the next new body of work Waves of Influence.

For the last two years, these paintings, presently totaling over 150 works on canvas and paper, have been constructed on the foundation of one wave drawing that Charles Schulz created for a Sunday strip, on April 21st 1991. Thus, it is the wave that is the reference to Schulz in each work. The character of Snoopy is just for scale, giving the wave a huge impact. Each wave being the same, is visually constructed to be seen differently and in a new way. It is exactly the same theory that Schulz and I expected when discussing the thinking behind the early beginnings of my Schulz-related paintings.

The title of that first work, Surfing with Franz and Willem, hinted, suggestively, to the important wave of Influence of the black and white large-scale abstract paintings, created by Franz Kline and Willem de Kooning, that surfed with the influence from Charles Schulz.

Each work in the Waves of Influence body of work is meant to reference a particular influence from my own life experiences that mixed with Schulz’s unique influence, articulates the conditions and reasons for the visual constructions of the last twenty-nine years of my work.

The Waves of Influence defines the bubble that I live in when working in my studios. Through this bubble is the way I see and feel the world.

It seems very much like the world is one big round bubble bath comprised of an endless amount of smaller bubbles that we each all live in. Within these bubbles, a meaningful expression through which the personality of the person and the broad outlook of a group are visibly similar, communicating and fixing certain values of religious, social, and moral life.

This common ground, within ones bubble, can thus offer sanctuary from other bubbles that threaten the innovations and individuality of the group. For example, the sanctuary of many bubbles grew expeditiously after the recent absurd and hazardous American elections. Almost overnight, the diversity and forward thinking of a nation was reversed. You could almost hear the beeping sound that a truck makes when going backwards as its soundtrack.

This sanctuary of one’s bubble provides a safe place that allows independent thinking and dreaming. I used it as an inspiration for a body of paintings in the early 1990’s. They were some of the first work, a series of doghouses. This beautiful drawing of a dog house, Snoopy’s sanctuary, allowed Sparky’s character to freely transform himself into such things as a flying ace, a novelist, or just Joe Cool.

Each doghouse was presented in various light and atmospheric conditions, in the manner of Monet’s cathedral paintings. I was visually trying to announce that I was bringing that bubble of Sparky’s visual world into the art world.

Then in early 2013, in the Tahiti studio, another group of sanctuary inspired doghouse paintings were produced. This group included Snoopy on the rooftop. The work was meant to represent the feeling of freedom experienced while working in the bubble of the studio in Taha’a.

Later in 2013, a large-scale black and white canvas of the doghouse, as well with Snoopy on the roof, was produced and titled, My Crib. The title was appropriated from the hip-hop music played in the Venice studio during the painting’s construction.

It was, additionally, a way of helping correct the often incorrect usage of the very familiar Peanuts soundtrack, usually by the less informed, when referring to my work. That special music was always meant to be used respectfully with Sparky’s animation specials and his strip.

More importantly, the hip hop title combined with the familiar Schulz imagery is a reminder, to the viewer, of how essential it was, to the bubble that Sparky and I shared, that the work was to be about something different, and a new way of seeing what he did. The authenticity, within that bubble, allowed me to understand that it’s not what people see that is art. Art is the invisible gap.

So, making the invisible, visible, would inspire seeing other bubbles in this world through the Bubble Bath series.

The first group, titled, The Real McCoy Bubble Bath, would be a grateful salute to the authenticity of the 20 years of discussions, within that bubble with Sparky, focusing on pictorial problems simplified in black and white. 19 works, one for each year, excluding the last final year, were produced in strip-like squares on MDF board.

The Real McCoy, is a metaphor used to mean, “The Real Thing” or “The Genuine Article”. I created the series, as well, out of respect to Schulz and his influence. I felt it was important to help avoid any confusion between my works, derived directly from the authenticity of our bubble, with the many imitations that started appearing soon after Sparky’s passing that had no genuine connection to him.

The five larger works on canvas, in the Bubble Bath series, use the appropriation of Sparky’s characters as the visual object matter, and the titles, to camouflage the certain representations of some other bubbles.

The last work produced for the Mouche Gallery exhibition Waves and Bubble Baths titled Sleeping Beauty references a beautiful nation asleep at the wheel, It is actually the first work for the next new body of work Sleeping Beauties.

Have a sneak preview of the show here

View the rest of his collection here 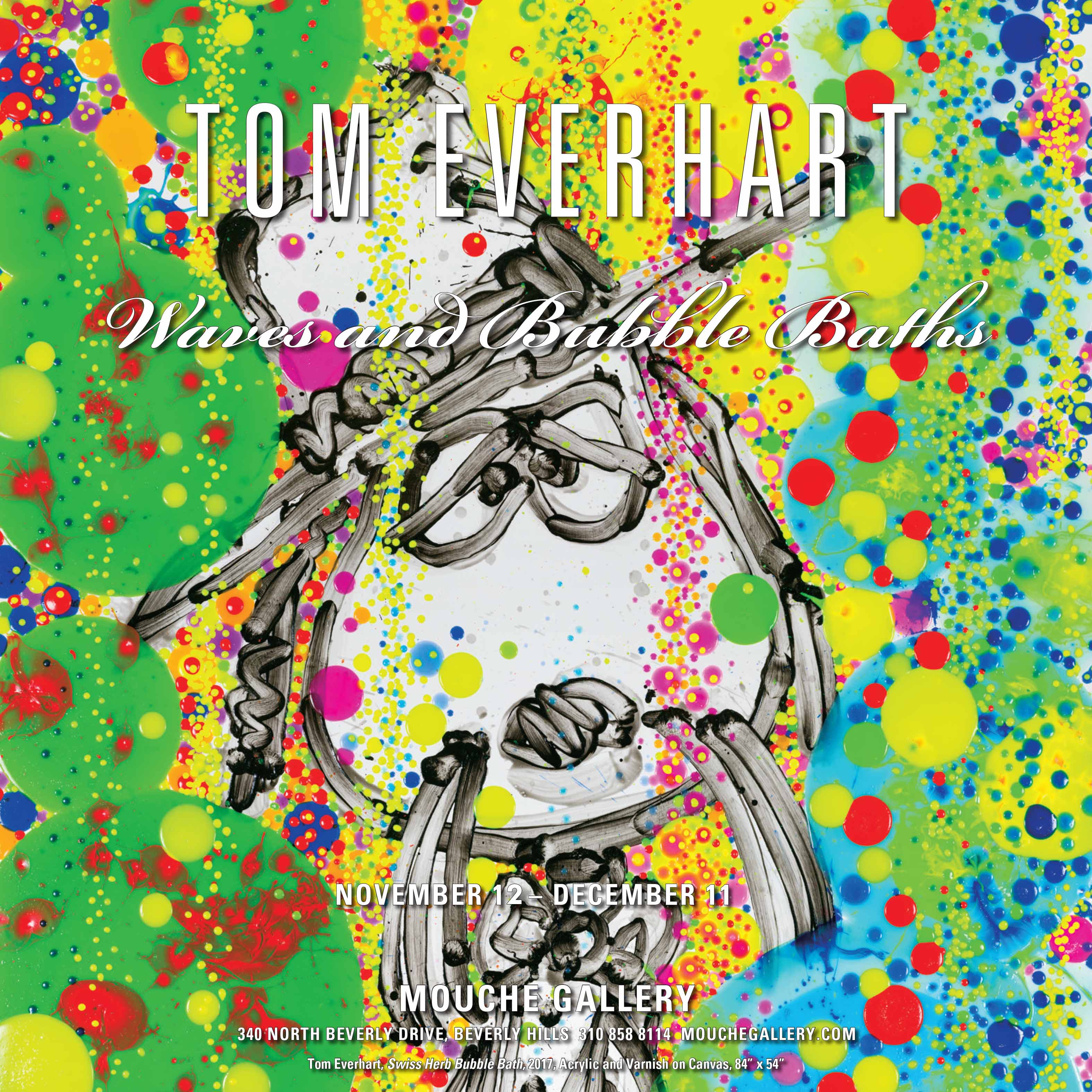